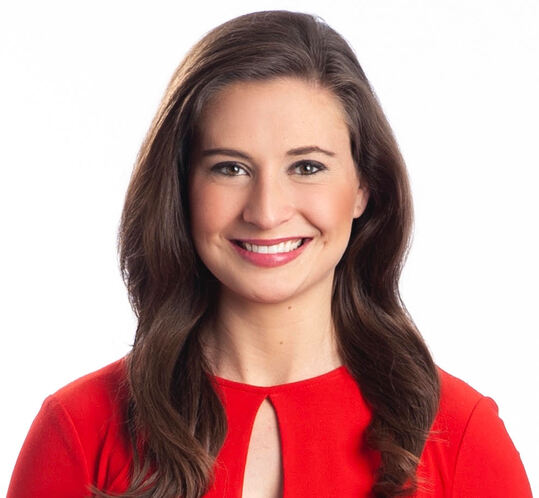 Hello all!  My name is Amy Wadas.  The field of journalism is changing very quickly, and I'm ready to take it on.  I'm not afraid of it.  I'm excited to see what lies ahead, and I'm well prepared for it.  I'm passionate about it, and I dream big.

To give you some background, I love telling stories.  I love meeting new people.  I love learning about the world around me.  That's why I chose the field of journalism as a career.  This career has endless possibilities.  I get to see things other people don't get to see.  What makes it more exciting is the fact that I get to relay what I see to YOU, the viewer, in all formats, and I love it.

I am currently a Reporter at KDKA-TV, the CBS affiliate in my hometown of Pittsburgh, Pennsylvania.  I primarily report for the KDKA-TV News at 10 on Pittsburgh's CW and KDKA-TV News at 11, but I also report for other shifts when needed.  In this role, I typically cover breaking news, hard news, enterprise and features with the photographer I'm assigned to.  In this role, I also pitch story ideas during our afternoon meeting.  Lastly, I must write a web story everyday and post to social media outlets like Facebook and Twitter.  In addition to reporting, I fill in as a producer occasionally. I have produced the Noon show on CBS and the 10 p.m. show on Pittsburgh's CW.

Before KDKA-TV, I was a Multimedia Journalist/Reporter at WCPO-TV the ABC affiliate in Cincinnati, Ohio for two years.  In addition to covering news in the Cincinnati area, I covered news in Northern Kentucky and Southeastern Indiana.  I am an aggressive reporter who enterprises daily and leads multiple newscasts a week. In this position, I often worked with photographers in the field putting together a package daily.  I was responsible for multiple live shots a day. I was live in the 5, 5:30, 6 and 11 p.m. broadcasts. I was also responsible for shooting and editing packages, VO's and VOSOT's when needed.  I posted stories to our website and social media outlets.

I was involved in live coverage of several national stories at WCPO-TV including the Aurora, CO movie theater shootings, the Sandy Hook Elementary School shootings, the selection of Pope Francis, the Boston Marathon bombings, three women held captive for years in a Cleveland home, the Moore, OK tornado devastation on May 20, 2013 and the 2013 deadly Colorado floods.

I previously worked as a Reporter and Anchor/Producer at WTRF-TV, the CBS, ABC, FOX affiliate in the Wheeling, West Virginia/Steubenville, Ohio market for three years. I covered stories in the Northern Panhandle of West Virginia, parts of Eastern Ohio and sometimes Southwestern Pennsylvania.  In this role, I anchored and produced our Noon show and shot, edited, wrote and fronted stories live daily.  I also posted stories to the website and social media outlets.  At WTRF-TV, I anchored/reported three days a week and was the only reporter on weekends. By far, I feel reporting on weekends was the most challenging of all shifts.  I did not have an assignment editor there to hand me story ideas.  It was my responsibility to fill the majority of the A block since I was the only reporter. Therefore, I had to enterprise and research constantly.  I was always thinking outside the box.  My news director complimented multiple times for my enterprise skills on the weekends.

Prior to my work in broadcasting, I covered news headlines in Pittsburgh, Pennsylvania for the website Examiner.com.  I also worked as an Account Executive for advertising and public relations firm Elisco Advertising also in Pittsburgh.

I am a graduate of Penn State University with a bachelor's degree in Broadcast Journalism and a minor in Health Policy and Administration.

I have a passion for travel, animals, health and medical news, breaking news and severe weather.  I also enjoy learning about social media trends.

Thank you for visiting my site!